I Found a Home for the Holidays 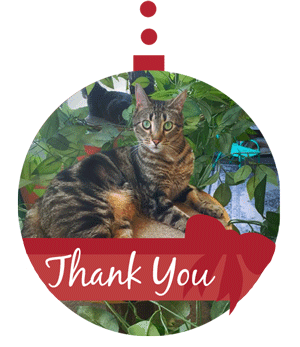 Happy Holidays everyone, 2018 was sure a whirlwind of a year! So sorry if I haven't been able to keep in touch, I've moved around a lot. Here's a quick update for those I've missed:  I started the year off at a local animal control. They kept me warm and fed, but I just wasn't getting the attention I needed. So, in January, I schmoozed my way into Furkids and found a nice lady to let me crash with her for a while. That was great, but I figured I needed to get out and meet more humans. I left my foster… READ MORE > 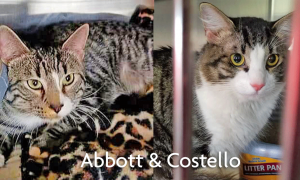 What life-saving change allowed a long-time Furkid to find a new home in minutes? 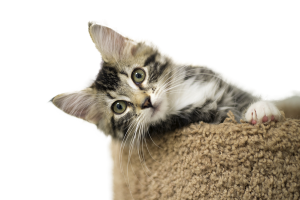 Now you can be a part of a game-changing new program! Tessa, a beautiful kitty, lived at Furkids for nearly 365 long days, watching adopters leave the shelter with other cats. Sadly, Tessa was always left behind, and our staff members watched this affectionate cat lose her spirit. Until a bold new program matched Tessa with an unlikely adoptive family - almost immediately. Furkids and the Athens Area Humane Society joined forces to launch the Georgia Interstate TransFUR Coalition, an innovative state-to-state animal adoption program. The purpose is to give homeless Georgia pets a better chance at adoption by sending them… READ MORE >

by C.A. Folds Do you recognize this beautiful black and white boy in Renee Cardona’s arms? It’s Jesse, a former Furkid, now living with his forever family. In this picture he is receiving his award for being the best cat in the household pet class at the Cotton States Cat Show. Jesse is one of many Furkids who have had brief but fulfilling careers as show cats with CFA and TICA, organizations who celebrate both domestic household pets and purebred cats. On November 5th & 6th Furkids will again participate in the annual Cotton States CFA Championship & Household Pet… READ MORE >

Furkids CEO and Founder, Samantha Shelton, sometimes works from home… or should we say that her work tends to follow her home. One day, Sam was sitting at her desk when she saw something out of the corner of her eye at the window. It was a black tail belonging to some sort of animal. True to her form as a rescuer, Sam decided to check it out.  As she approached the window, she saw a black and white Tuxie kitty scoping out a critter. She had never seen this cat before and thought she would try to go outside… READ MORE >