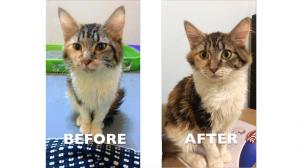 Valentine Road Trip to Love and a Home 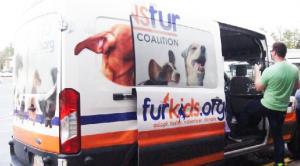 Valentine's Day was approaching fast last year, and FIV+ brothers Hector and Felix had been waiting for a loving forever home for far too long. FIV+ cats suffer from the outdated notion that they are ‘ill’, when they can actually live a normal life span, and can even live with FIV- cats. Hoping to give these sweet boys a home for Valentine's Day, Furkids sent Hector and Felix on a TransFUR trip north. They arrived on Friday, and were adopted the following Monday. After months and months in a shelter with no home or people to love, Hector and Felix got both in less than 72… READ MORE >

Our Pet Adoption and Community Resource Center is NOW OPEN! 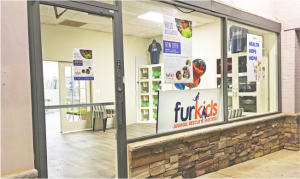 We are thrilled to announce that our NEW Pet Adoption and Community Resource Center is now open! Conveniently located next to our Thrift Store at 4015 Holcomb Bridge Rd in Peachtree Corners, this new facility will not only offer pet adoptions, but also wellness-focused vet services that will begin with a Vaccination & Microchip Clinic on March 28. The new center offers volunteer opportunities for people of all ages, including our FurTales reading to cats program for children. Furkids’ pet fosters and volunteers in the area will also visit the facility for supplies, medical services for foster pets and for training and support provided by… READ MORE >