Orphan puppies reunite with their mom 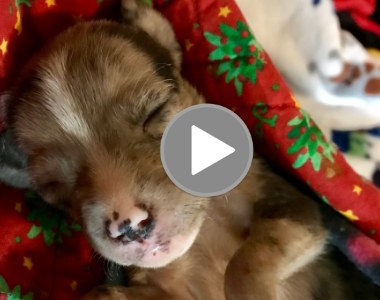 On June 17, 2019, six puppies were discovered in an abandoned horse barn; their mama was nowhere around.  The property owner called the Sheriff’s office to pick up the puppies.  They were covered in fleas and dehydrated. The veterinarian estimated their ages to be 3 weeks. Furkids picked up the puppies the next day, and because they were still nursing, they were split between two foster volunteers who bottle fed and cared for them.

Amazingly, 8 days later someone working around the horse barn spotted the mama dog! The Sheriff’s office was called, again, and an employee was able to trap the mama. She was in bad shape and had obviously been out on her own for most, if not all, of her life.

One of the foster volunteers picked up mama and took her to a veterinarian for much needed vaccinations and care.  Unfortunately, it was found that mama has heartworm disease.  It will be a long recovery, but luckily heartworm is treatable and not contagious to other animals.

After a couple of days in the foster’s home getting fed good food and given a soft place to sleep, the mama was reunited with all six puppies.  The puppies were overjoyed to see their mama and mama was very happy.

Mama’s name is Penny and her puppies’ names are Pandora, Pancho, Parrish, Paden, Pan and Pal.

Reunions like these are only possible thanks to donations from supporters like you! Click the button below to make a donation and help us create more happy endings.