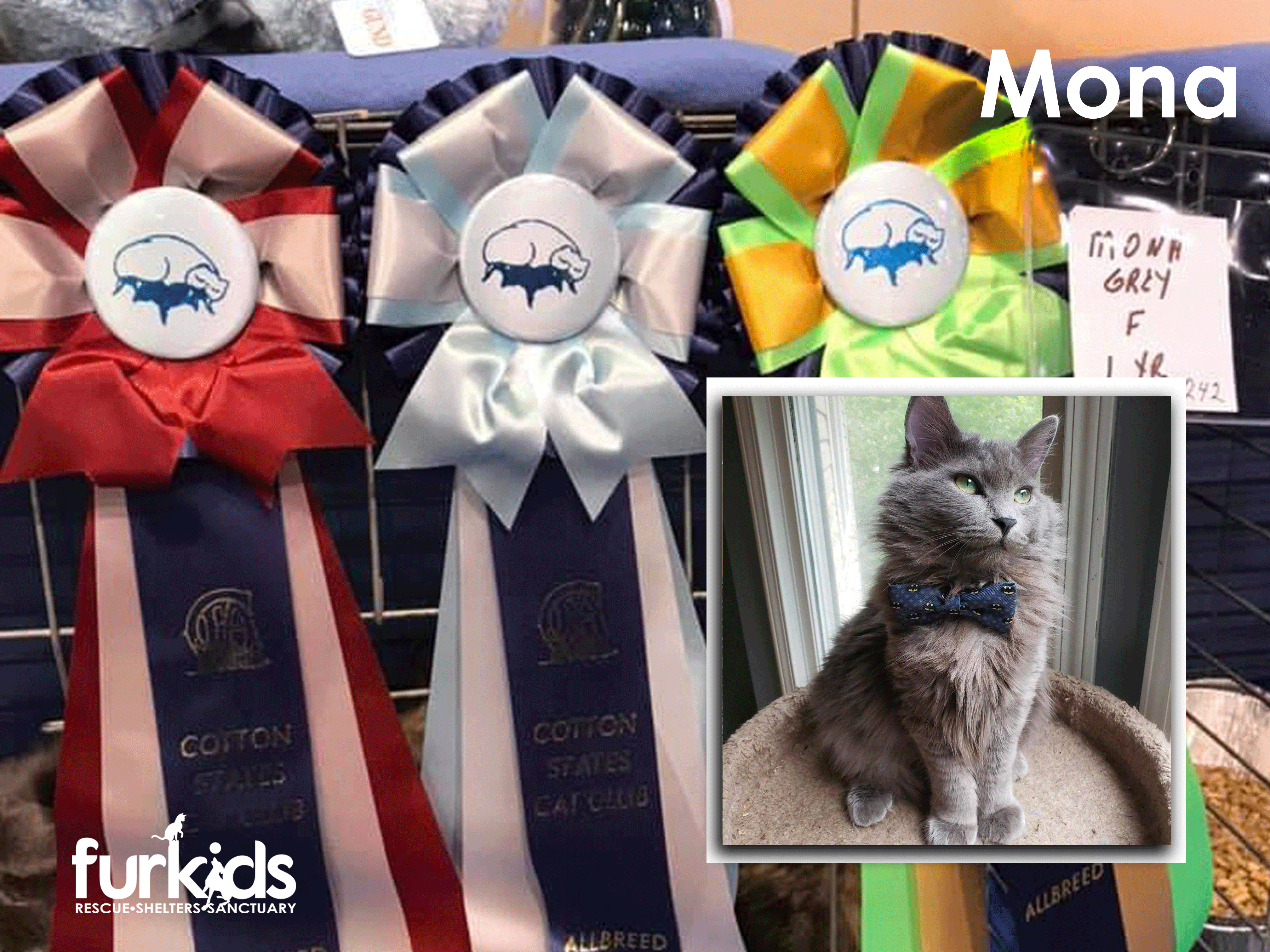 Did you know that Furkids has award-winning cats available for adoption? Yes, some of our rescue kitties are Cotton States Cat Show award winners! Our volunteer team entered six current Furkids and three adopted Furkids in the Household Division at the Cotton States Cat show recently, and all six of our Fur-Kitties made the finals in at least one ring. Two even made the finals in seven out of eight judgings!

The Household Division is a difficult one to judge. There are no set standards so the eight judges simply evaluate each cat on cleanliness, fitness, and purrsonality. In addition, cats cannot be declawed and if eight months or older, spayed/neutered.  As in prior years, Furkids received high praise for the quality of our cats and kittens, who have won dozens of ribbons. We couldn’t be prouder of these exceptional felines.

In addition to showing cats, Furkids volunteers provide advice and information to visitors to our booth space at the show. Most importantly, they help our homeless kitties find their furever homes right at the show. This year two cats found their furever homes, and we received further applications for several more! A big THANK YOU to the numerous Furkids volunteers that came out for several hours to help; they are champs in their own right!

We also love seeing our award-winning former Furkids, like Anna Maria (known as Hello Sweetie), who was adopted from a show several years ago and became a professional. She has now retired with a Lifetime Achievement Internationally, the highest of awards. And Reba, who came to Furkids with a severe upper respiratory and eye infection (ultimately losing one eye), who is currently ranked ninth in the Southeast Region. Or Abbott, who came to Furkids with a degloved knee, went through several months of laser treatments, and is now quickly becoming a judge's favorite.

Congratulations to all the Furkids who competed this year, we are so proud of these kitties!