The Miraculous Recovery of Charles Xavier

About a month ago, we came across a video from The Grey Project, an organization that helps feral cats in Cherokee County, along with this post:

“Please - begging for help or for rescue!! This is the second day that we have seen this kitty at one of our locations. He does not seem to be familiar with the other cats. He is friendly.” 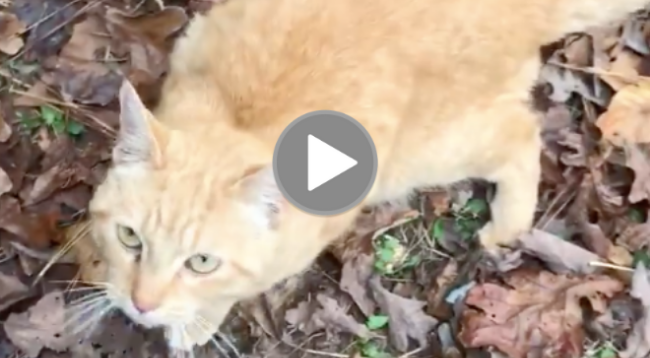 Misunderstood and unloved, he was obviously dumped at this cat colony with no concern for him at all. He was simply thrown out like trash. He had no chance to survive outdoors on his own, and would most likely be euthanized if taken to animal control. We just couldn't ignore this poor kitty's struggle. So, we raised our hand and said, “We'll take him!”

Once he was cleaned up and finished with initial medical exams, Charles Xavier moved in with our med team in their office so they could keep a close eye on him. Thanks to the patient physical therapy, love and attention he received, he's walking much, MUCH better - to the point where you can hardly tell he has a wobble at all! Just look at the difference in the video. It’s amazing what a little work and a lot of love can do!

After exactly one month here at Furkids, Charles Xavier was adopted into a loving home! He's had quite the journey, and we are so happy we were able to be a part of his happily ever after.

Please raise your hand and help us make little miracles like this happen every day by donating in honor of Charles Xavier and all the other misunderstood kitties who need our help.