Lanier, Carter Rabbit and Rain all have a dirty little secret… it’s their diapers. They each have their own reason for being incontinent. For Lanier, it is because someone used such force on his tail that it was dislocated from the end of his spine, (the vets say he was likely picked up by his tail and spun). Because of this, Lanier has urinary nerve damage and has no control. He is currently on medication that relaxes the bladder muscle and he gets expressed on a regular basis.

Carter Rabbit is named so because 1) he was found outside of Carter Studios, which does photography for Carter's kids' clothes, and 2) his back legs are deformed, so he hops around like a little rabbit.

FACT: Manx cats have 1 less vertebrae in their lower spine, which can cause nerve issues and stool incontinence. Carter is a Manx, but he is missing 1.5 vertebrae and he has no sacroiliac joint, so he cannot use the litter box properly and tends to soil himself.

Rain is also a Manx and was brought to Furkids as a bottle baby after her mother was killed by a dog. She can get around just fine, but has some trouble going potty on her own. 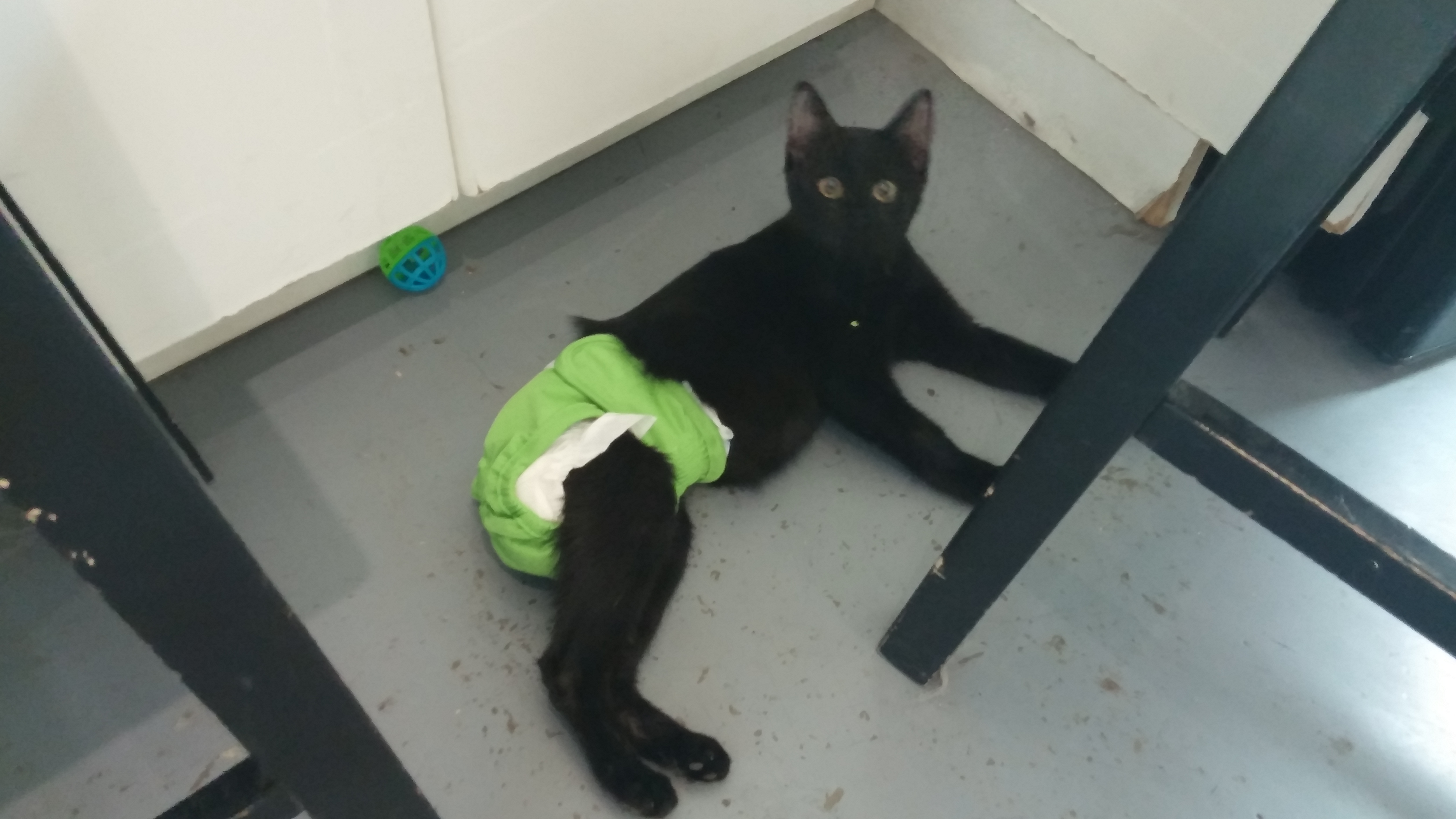 All of these cats are in diapers and fancy pants and they receive around-the-clock care. Lanier’s diapers, fancy pants and meds alone cost around $75 per month. Please consider donating toward the care of these incontinent kitties by visiting furkids.org/donation, or donate a box of diapers to Furkids!

Don’t forget to shop on smile.amazon.com in order to benefit Furkids on purchases you are already making on Amazon!