When Samantha Shelton looked out her kitchen window on October 11, 2001 and saw a mother cat depositing three newborn kittens in her back yard, she had no idea that the helpless animals would change her life forever.

What began simply as a quest to find homes for four cats has become Furkids, Inc., a nonprofit organization that operates the largest cage-free, no kill cat shelter in the Southeast along with a network of foster homes for homeless dogs. The Furkids mission is to provide a safe haven for abandoned cats and some dogs until the organization can match them with new owners in loving, lifelong homes.

Today, Furkids cares for approximately 500 dogs and cats in its shelter and foster program, handling more animals on a daily basis than any other local organization, including the Atlanta Humane Society. In addition, it operates the adoption centers at five PetSmart locations (Mall of Georgia, Midtown, Northlake, Perimeter and Smyrna) and two PETCO locations (Holcomb Bridge and Edgewood) in metro Atlanta. The organization has been confirmed as one of the top charities in America by Independent Charities of America. Of the top six animal rescue organizations in metro Atlanta, Furkids has the lowest percentage of its budget dedicated to administrative expenses. And for every $1,000 Furkids accepts in donations, the organization places more pets into permanent homes than virtually every other organization.

Relying on a network of volunteers and numerous donations, Furkids has rescued and altered more than 6,000 homeless animals and placed them into happy homes.

“Furkids doesn’t just rescue, neuter and shelter homeless animals, but we use a scrupulous adoption process to place them into permanent homes,” said Shelton. “It’s rewarding to see the loving relationships that blossom when humans open their hearts to homeless animals, and it’s humbling to recognize the numbers of volunteers and donors who help Furkids bring people and animals together,” Shelton says.

Shelton realized a dream with the grand opening of a shelter on Pleasantdale Road in Gwinnett County. Built-out with more than $62,000 in donations, the shelter has allowed Furkids to reduce its number of foster homes, allowing the organization to accommodate some 275 cats in one large, cheerful, airy location while maintaining the balance of cats and dogs in foster homes and some cats at five PetSmart and two PETCO adoption centers operated by Furkids. (See the bulleted list on page 3.)

Furkids operates a surgical suite in the Furkids shelter and hired a part-time veterinarian and vet techs to spay and neuter animals on site. If a rescued animal is not already neutered (and almost 85 percent are not), Furkids pays for neutering and provides any necessary medical care and inoculations before making the pet available for adoption. In the past, Furkids volunteers took animals to veterinary hospitals for surgery and treatment. The on-site surgical suite reduces the stress on animals and Furkids administrative costs, while freeing the volunteers to spend more time working – and playing – with the animals in the shelter and working to place them into permanent homes. Projections were to alter 700 animals in the first 12 months.

“According to Stopping Pet Overpopulation Together, more than 100,000 dogs and cats are killed every year in Atlanta area shelters. In fact, more pets are killed in Atlanta shelters than in the entire country of Great Britain, New York City or the states of Massachusetts, New Jersey, Connecticut, Oregon or Washington,” she says. “Most of the pets that enter Atlanta shelters are family pets that have become lost or have strayed from home, and those animals have a 20 percent chance of making it out of most of our shelters alive.”

Shelton notes that the state of Georgia has one of the most challenging pet overpopulation problems in the country, and that nationally, it costs taxpayers more than $1 billion a year to euthanize animals in shelters. “It is a problem of epidemic proportions, and Furkids wants to help Atlanta and the state to stem the epidemic,” she says.

From the moment Ms. Shelton realized that there wasn’t an organization in Atlanta that could tell her that her four homeless cats wouldn’t be euthanized, she was galvanized into action: not only did she find homes for those cats, but with a little help from the organization, Friends of Animals, she figured out how to put together a network of foster caregivers for the other animals that began pouring in her direction.

“Samantha restored my faith in humanity,” said former volunteer Frankie Farrell, who adopted a homeless kitten from Furkids when he relocated to Atlanta after losing his home and all of his possessions to Hurricane Katrina. Before Mr. Farrell returned to New Orleans, he volunteered about 16 hours per week at the shelter while he lived in Atlanta.

While Shelton has no formal training in the care of animals working with skilled and dedicated volunteers helped her develop proficiencies she never dreamed she’d need. For example, she:

While the shelter was being finished, for 14 to 16 hours a day, this charismatic woman orchestrated a small army of dedicated volunteers who put up sheetrock, installed appliances, painted, moved furniture and helped erect shelving in the spacious cat rooms where felines of all ages and sizes perch and snooze. At Furkids, the cats live in colorful, glass-walled rooms with other cats of the same age groups or needs. The facility also houses administrative offices, a surgical suite and recovery room, separate quarantine and isolation rooms, large kitchen and prep room, large bath and laundry room where pets and bedding are washed regularly, and a small retail area.

While Furkids has thousands of happy pet and new owner tales, Ichabod is a typical example of a Furkids rescue. Ichabod is a 12-pound Maine Coon cat who was adopted by then-UGA graduate student Angela Romito in Athens. But before Furkids rescued him, his chances for survival were slim. His former owners abandoned him, locked in their apartment when they moved, and he survived for about six weeks with no food and only water from a toilet. When a maintenance man found him, the cat, whose normal body weight should be about 15 pounds, weighed only seven pounds. His fur was severely matted and he was infested with fleas and worms. Had it not been for the intervention of Furkids, Ichabod would have been euthanized by the Gwinnett County Animal Control operation, which has a policy to euthanize if its shelter is full. “It hurt me to realize that this cat might be euthanized even after he fought so hard to live,” Shelton said.

A former event marketing specialist for Turner Broadcasting, the energetic and ardent Ms. Shelton said she never volunteered consistently before starting Furkids. Today, she has an uncanny ability to attract and motivate volunteers and sponsors.

Samantha Shelton’s vision has compelled every donor and every one of these volunteers to join in her mission to maintain a haven for homeless, abused or abandoned cats and dogs, and educating people about the value of pets, animal welfare, pet overpopulation and the benefits of human-animal companionship.

“I had no idea how much joy and accomplishment I would derive just by working with the animals and the great people I get to meet. Animals are gifts from God, precious creatures that provide us unconditional love and companionship who should not be neglected, abused or tossed out like trash,” she says. “Harriet Beecher Stowe said it best, “ ‘Concern for animals is a matter of taking the side of the weak against the strong, something the best people have always done.’ ”

While the Furkids shelter is a dream realized, the needs are more challenging than ever:

Furkids has approximately 550 animals in its program. Even when the 275 current shelter residents and some 300 in foster homes and PetSmart and Petco locations are placed into permanent homes, there will be more homeless animals to take their places. The economy has driven more animals into the shelter while donations have fallen dramatically. For example, during the summer of 2009, Furkids took in 60 new cats that were left at the front door. It even took in a kitten that someone had left in a box on a shelf at one of the PetSmart stores where Furkids runs the adoption centers.

The next move for Furkids is to build its own, free-standing shelter for cats and dogs, including a low-cost veterinary clinic to serve the public. The organization’s advisory team is developing a long-term strategic plan to bring that next phase to fruition. 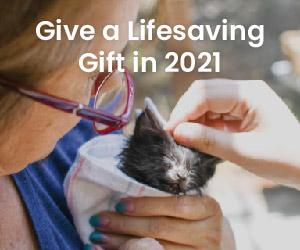 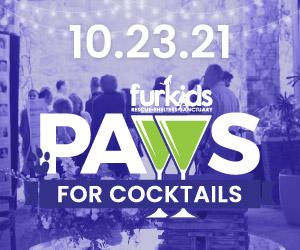 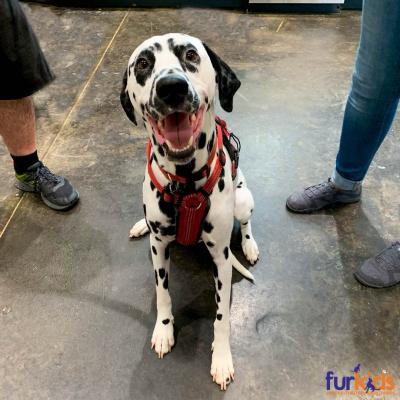 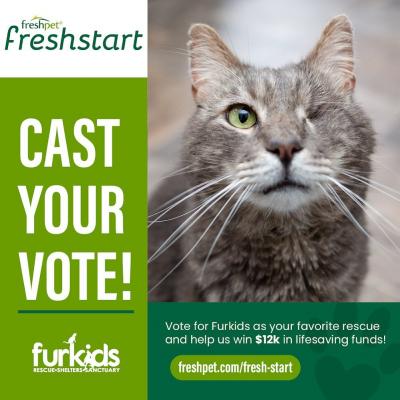 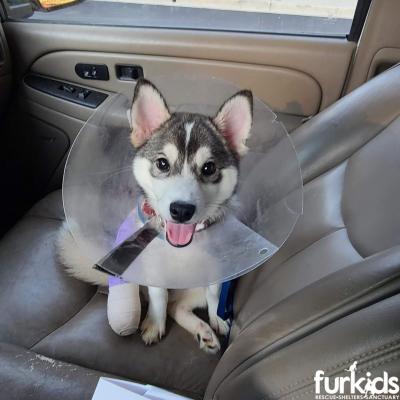 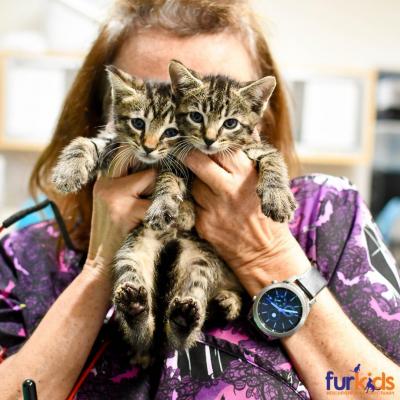 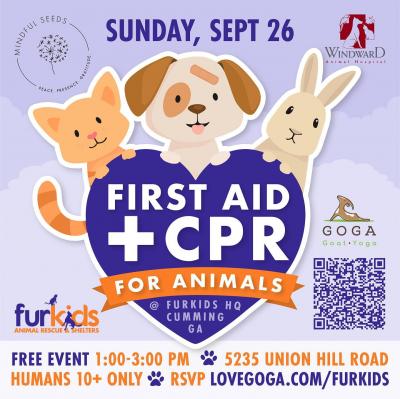 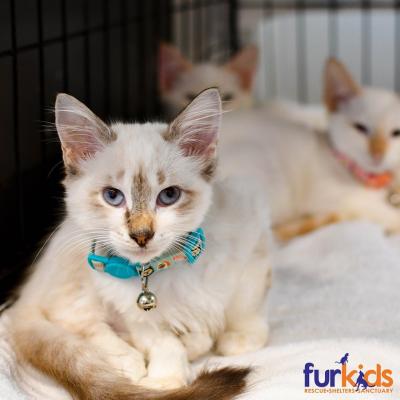 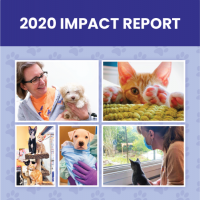 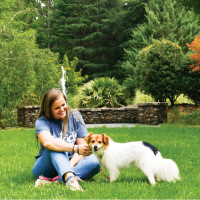 Every one of us has a destination and purpose in our lives. What’s yours? 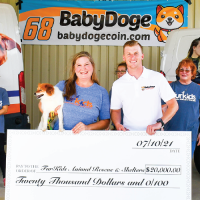